Cellcard gives back $850K to communities in first quarter promotions

Cellcard has given back to loyal customers in the communities $850,000 USD as part of the popular promotions held throughout the first quarter of 2021. 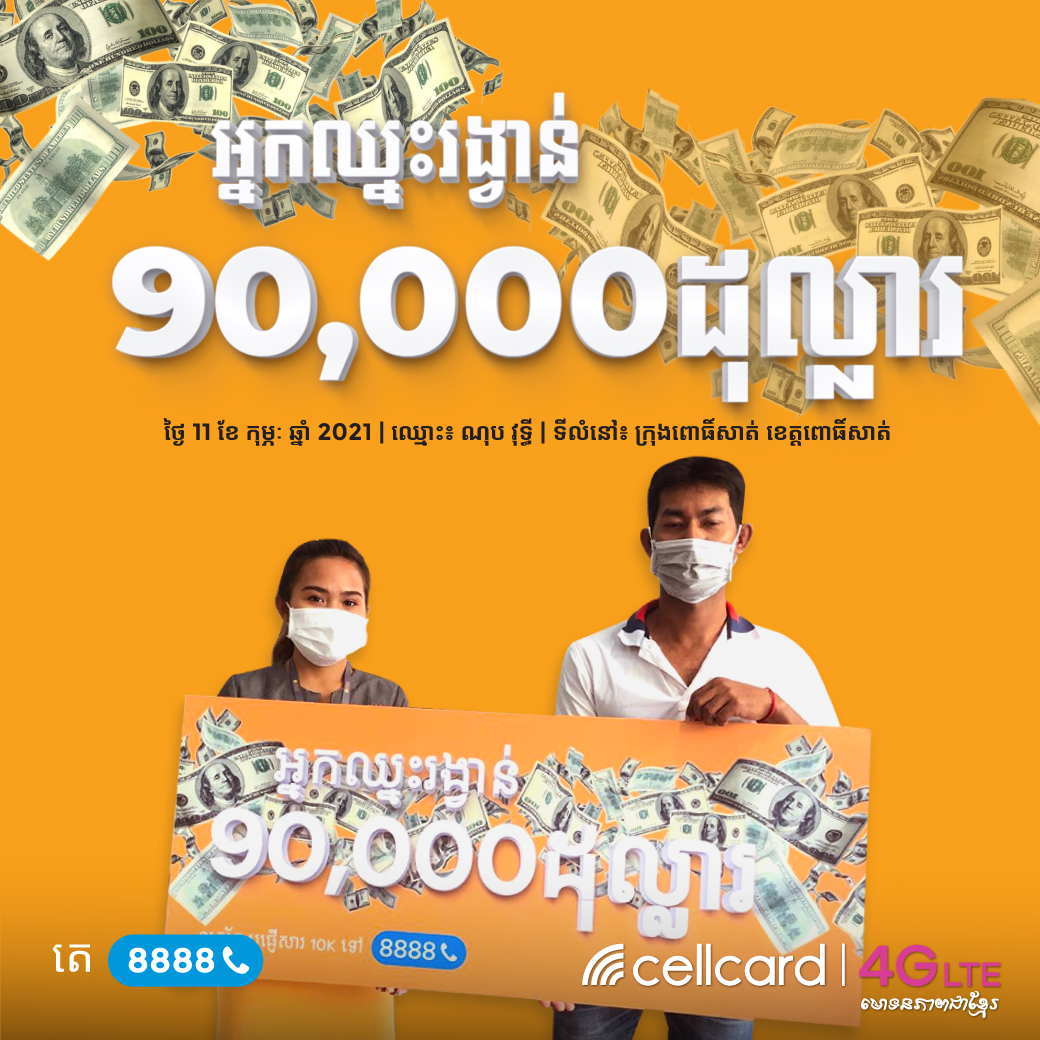 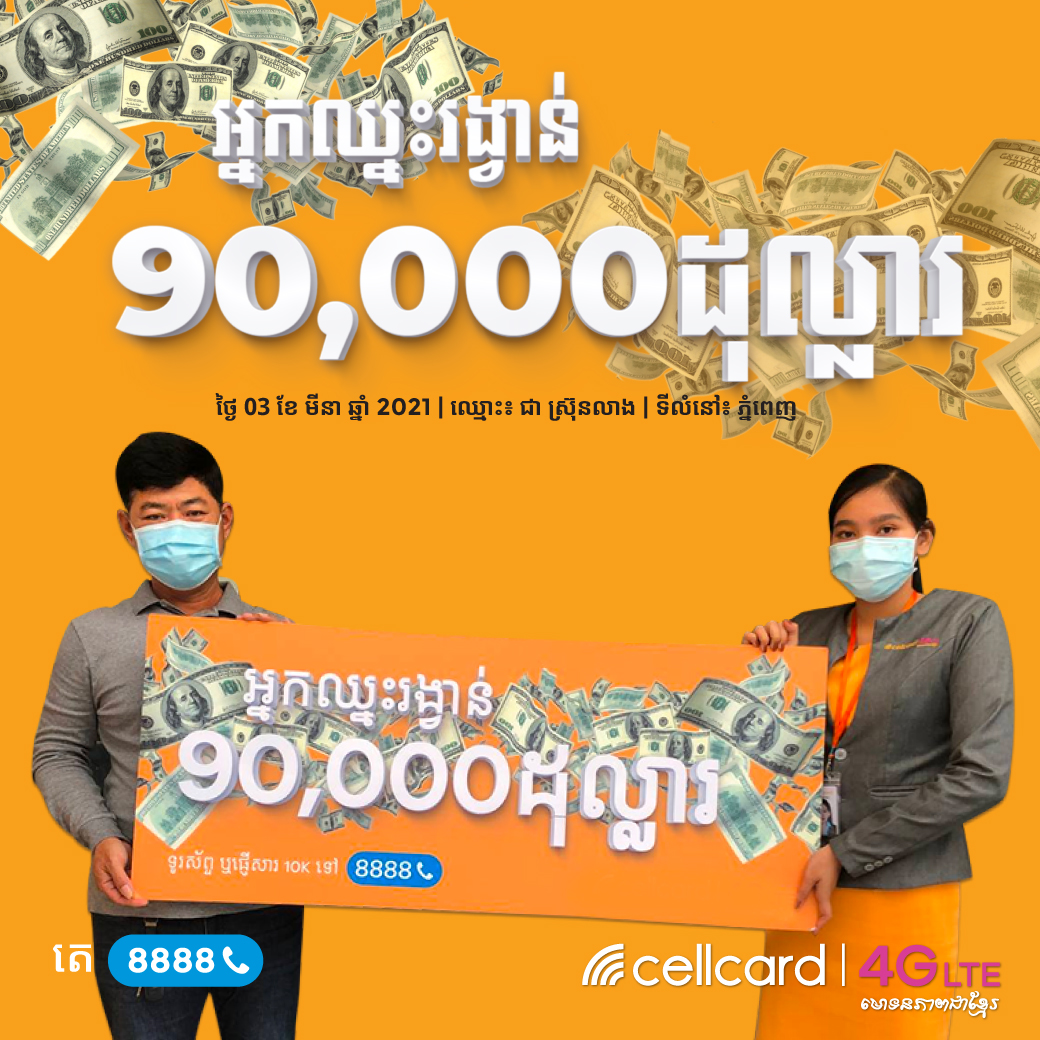 The wins varied from $90,000 to $10,000 giving much needed financial assistance to families at this time.

“I couldn’t believe it when I found out,” she said.

“This is a life-changing amount of money that has come during very challenging times. I am very happy.”

In early March, Ms Ven Thyrath of Phnom Penh celebrated her win of $90,000.

“It was such a shock as I never imagined it would be me,” she said.

“Thank you Cellcard as this a lot of money that will really help my family.”

Cellcard Chief Executive Officer, Mr Ian Watson, said he was delighted to see the funds go to families and communities who needed the support for housing, businesses and every day expenses.

“At Cellcard we really are committed to making a difference to people’s lives and to injecting funds back into the communities for what families at this time need most.”

Cellcard’s daily $10K raffle is a special promotion that gives customers the chance to take home $10,000 every day.

If the prize is not claimed it rolls over to the next day, accumulating into a bigger prize pool – up to a maximum of $100,000.

To enter the daily raffle, call 8888 or SMS “10K” to 8888 and receive your six-digit raffle number. Winners are announced daily at 7pm on CTN TV Channel and CTN FB Page and shared on Cellcard’s YouTube Channel. ends.