Cellcard has committed its support for the National Kun Khmer Championship in the lead up to the Southeast Asian Games being held this year in Vietnam.

Cellcard made the announcement as the official championship rounds begin to select the fighters who will train in readiness to represent the Kingdom this November. The championship is being organised by the Kun Khmer Federation under the guidance of the Ministry of Education, Youth and Sport (MoEYS) and the National Olympic Committee Cambodia (NOCC).

The agreement follows Cellcard’s announcement last year of its two-year partnership with Singapore-based ONE Championship, one of the largest sports and entertainment properties in the world. Mr Watson said the association was firmly aligned to Cellcard’s position as the only Proudly Khmer and 100% Cambodian-owned mobile communications company in the Kingdom. “As Cellcard stands for traditional Khmer values and heritage it’s a great fit to support Kun Khmer which is very much a part of Cambodia’s rich history and sporting pride,” Mr Watson said.

“Cellcard and Royal Group is truly proud to support our nation’s athletes as they put their best foot forward in flying the Cambodian flag at the games.”

Cambodian superstar and Cellcard Brand Ambassador, Chan Rothana, also addressed the opening event stating how important Kun Khmer was to his own upbringing and career, which has seen him rise to international competition as a ONE Championship fighter.

The championship is being held until 29 January 2021 at the Old Stadium (Sport Centre of Royal Cambodian Armed Forces) in Phnom Penh and will feature the top Cambodian fighters in various weight divisions. 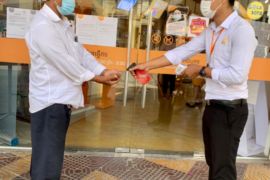 This Khmer New Year, Cellcard is supporting the Ministry of Health’s 3 dos an...

Cellcard gives back $850K to communities in fir...

Cellcard has given back to loyal customers in the communities $850,000 USD as... 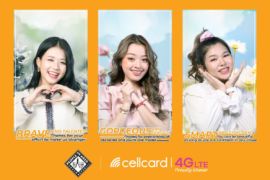 Marking Women’s Day this year, Cellcard has launched a special set of videos ... 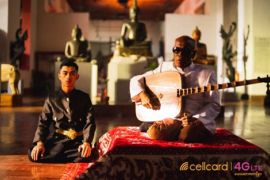