The History of Cellcard

As Cambodia’s longest-serving and only 100% locally owned mobile communications company, Cellcard has more than 24 years of service to the Kingdom maintaining a customer base of more than 4 million subscribers.

Cellcard launched in 1997 in a joint venture with Millicom International Cellular providing its customers with the first prepaid service with scratchcards.

What followed for Cellcard was a number of firsts in the market such as introducing SMS, Value-Added Services, a dedicated Loyalty program, roaming services and a credit sharing platform.

Cellcard is Cambodia’s most-awarded mobile network having achieved more than 30 industry awards for network excellence including an impressive six consecutive Ookla Speedtest awards and a number of category wins from Opensignal including Best Games Experience in February 2020.

It’s most recent market firsts include the Cellcard Network Guarantee launched in 2017 reimbursing any customer who experiences a dropped call, the award-winning App-based Super Data Race held each year since 2017 and its move to lead the esports agenda in 2018 followed in 2019 with Cambodia’s first virtual gamer platform PlayGame and the first tailormade gamer data plan PlayGame Unlimited.

A major focus for Cellcard now is its evolution to 5G for consumers and enterprise, including Smart City applications across Fintech and web security, data privacy, public safety and security, environment protection, education, healthcare and e-government.

In terms of 5G network readiness, Cellcard has conducted numerous live tests on its stand-alone site reaching speeds of 1.8 gigabytes per second. These are Cambodia’s first and only tests conducted on a real end-to-end with 5G radio to a 5G core network able to accommodate network slicing for dedicated use cases.

While Cellcard now firmly has its sights set on delivering 5G, it’s 4G LTE success reflects the commitment and drive of the company as it works to deliver the best experience possible for its customers.

Cellcard has been awarded for its network reliability, coverage, and speed from Ookla for three years in a row (six consecutive awards from 2017-2019). To date, every Ookla Speedtest Award conducted in Cambodia since 2017 has been awarded to Cellcard.

The achievement has attracted increasing regional and international industry attention which has also greatly helped position Cambodia as a shining light in the Southeast Asian region. As well as the Ookla awards, Cellcard has won an unprecedented number of industry awards in recognition of its network leadership, quality and product marketing, driving mobile data usage across the Kingdom.

The diagram below shows how the roll-out of 4G sites across Cambodia, together with the simultaneous launch of the Osja Xchange and Big Love data offers, helped position Cellcard as the network leader and the true innovator in the market.

Reinforcing its efforts to deliver customer service excellence, Cellcard was ranked Number 1 in Cambodia’s first Consumer Value Index (2017) which rates value for money, across the entire product range, as well as transparency and service.

The Consumer Value Index was a component of a much larger report, THE ROLE OF MOBILE TELECOMS IN TRANSFORMING CAMBODIA, published in May 2018.

In that same report, Cellcard’s roll-out of 4G LTE in 2017 is linked to the rise in Cambodia’s GDP.

With Cellcard’s roll-out, other operators were prompted to follow with their own 4G network enhancements and expansion, giving the population even further access to mobile internet.

As a net effect, Cambodia had a 36% increase in mobile data connections in 2017, translating to an injection of $610 million to the local economy.

*Source – THE ROLE OF MOBILE TELECOMS IN TRANSFORMING CAMBODIA, May 2018 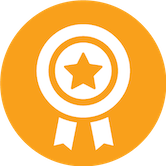 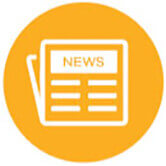