Cellcard’s multi-award-winning mobile data network is gaining the attention of Asia’s leading players in the telecommunications industry with the upcoming 5G Asia 2017 Conference.

The conference to be held in Singapore on October 2-4 will see more than 500 telecom leaders converge to discuss, share and showcase the latest in 5G innovation. Cellcard Chief Executive Officer, Ian Watson, will deliver a speech sharing Cellcard’s experience of building out the 4G network in Cambodia in preparation for 5G.

“This is probably the most rapid, comprehensive and geographically dispersed 4G rollout in Asia,”Mr Watson said.

“The region is genuinely interested in the speed and quality in which we have rolled out 4G and they want to hear and learn from our experiences.”

Mr Watson said that core to Cellcard’s network strategy was an unwaivering commitment to accelerate mobile data penetration and to digitise the nation as it transitions through a very rapid period of change. “Cambodia is one of Asia’s fastest growing economies and mobile data is essential to supporting the growth and ensuring stability and security,” he said.

“In addition, more than 50% of the Cambodian population is under 30 which is an extremely compelling reason to offer 5G services as soon as possible because it is the youth who are fuelling the demand for mobile data.

“We do not want Cambodia to lag behind neighbouring countries when it comes to high volume data solutions such as Virtual Reality, HD online Gaming, OTT services, Autonomous Vehicles, Connected Home and Robotics etc.”

Mr Watson said Cellcard had seen an ‘insatiable’ demand for mobile data with data usage on the network increasing by more than 400% in the past 12 months.

“This is just the tip of the iceberg as we expect mobile data to explode as we further build out the 4G network, add the 5G layer and continue our campaign to offer the cheapest data offers in the country and evolve feature phones to Android and IOS.”

The Cellcard showcase comes after the company won three awards for its network: 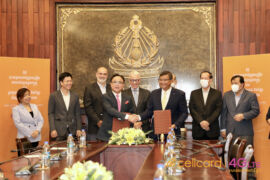 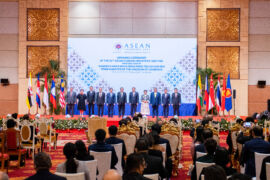 Cellcard is proud to be the telecommunication partner with the Ministry of F... 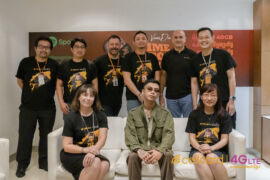 Hundrends of VannDa Fans Flock to Cellcard for ... 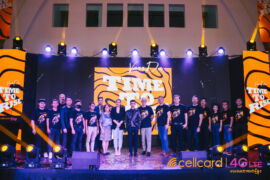