Cellcard partners with Battle of the Bands 2019 | Cellcard

Cellcard partners with Battle of the Bands 2019 Entries will be open for one month between Feb 1 and 28 for bands with members aged from 18 to 35. Special guest bands already in the line-up include Moustache Band–which have a massive fan following across the Kingdom – and a Hard Rock Café International Band.

On ground events that fans can attend include the qualifiers, semi-finals and finals. There will also be 12 mini shows on the Cellcard Facebook page to share plenty of the action.

Cellcard CEO Ian Watson said Battle of the Bands was a great fit for his team’s youth segment focus geared to encourage and discover Cambodian talent.

He said Cellcard had a long history of supporting young artists and helping support and grow their careers.

“We have Suzana Reth as a Brand Ambassador for more than three years and we last year signed up Jamie Tey following the release of her hit song,” he said.

“With Battle of the Bands we’ll be looking to potentially expand our talent pool of artists and influences to help drive brand relevance for the youth this year.”

“This three-month competition promises to provide great entertainment for everyone and we can’t wait to see what amazing talent is revealed in the process. May the best band win!”

Registration is as simple as sending either an audio or video clip of an original or cover song via email to:  battleofthebandskh@gmail.com

The last band standing after eliminations will get the prize of $2,500 Cash plus Cellcard win award each band member an iPhone XR, and a one 1 year free data plan with a special gold number.

Cellcard will also award the band members in the three finalists with six months of free data and a gild number.

The semi-finals will be held at the Hard Rock Café with the final show staged outside the Exchange Square.

For information, check out the Battle of the Bands Cambodia Facebook page or Cellcard FB page. 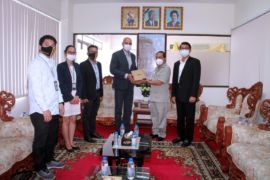 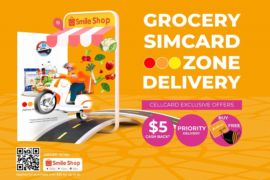