Cellcard’s $10K raffle promotion has found another fortunate winner of the massive $100K jackpot prize. Mr. Dek Sovantha is the latest prize-winner, who found out he had won on the daily Cellcard live draw on Tuesday 16th June 2020.

During the extended live draw on Cellard’s YouTube channel, which ran until 9 pm, Mr. Dek Sovantha could not believe his good fortune when he received the call. Only after some convincing from the Cellcard YouTube emcee hosts, and confirmation by his daughter in law, did he finally believe he was the lucky winner!

“I was shocked I had won, and couldn’t believe it was true,” Dek Sovantha said. “I would like to thank Cellcard, as everyone is finding it difficult financially at the moment – it’s incredible to win this amount of money. Thank you.”

Mr. Dek Sovantha is the 24th lucky Cellcard winner of the $100K Prize this year of the popular $10K jackpot raffle promotion. He is a teacher from Phnom Penh and will be awarded his winnings at a prize-giving ceremony on Thursday 18th June at his home in Khan Sen Sok, Phnom Penh.

Cellcard Chief Executive Officer, Mr Ian Watson, said he was very excited for the winner. “It’s fantastic that Cellcard has managed to potentially change people’s lives with these jackpot winnings, and with two coming so close to each other! I’m delighted for Mr. Dek Sovantha and his family. Cellcard is the best telco provider in Cambodia and we are forever appreciative of our loyal customers, so we’re proud to reward them for their support.”

Mr. Khem Sarorn was the most recent winner of the jackpot prize in Cellcard’s popular $10K raffle promotion. The former Director of the Preah Sihanouk Provincial Health Department claimed his prize on June 9th 2020. 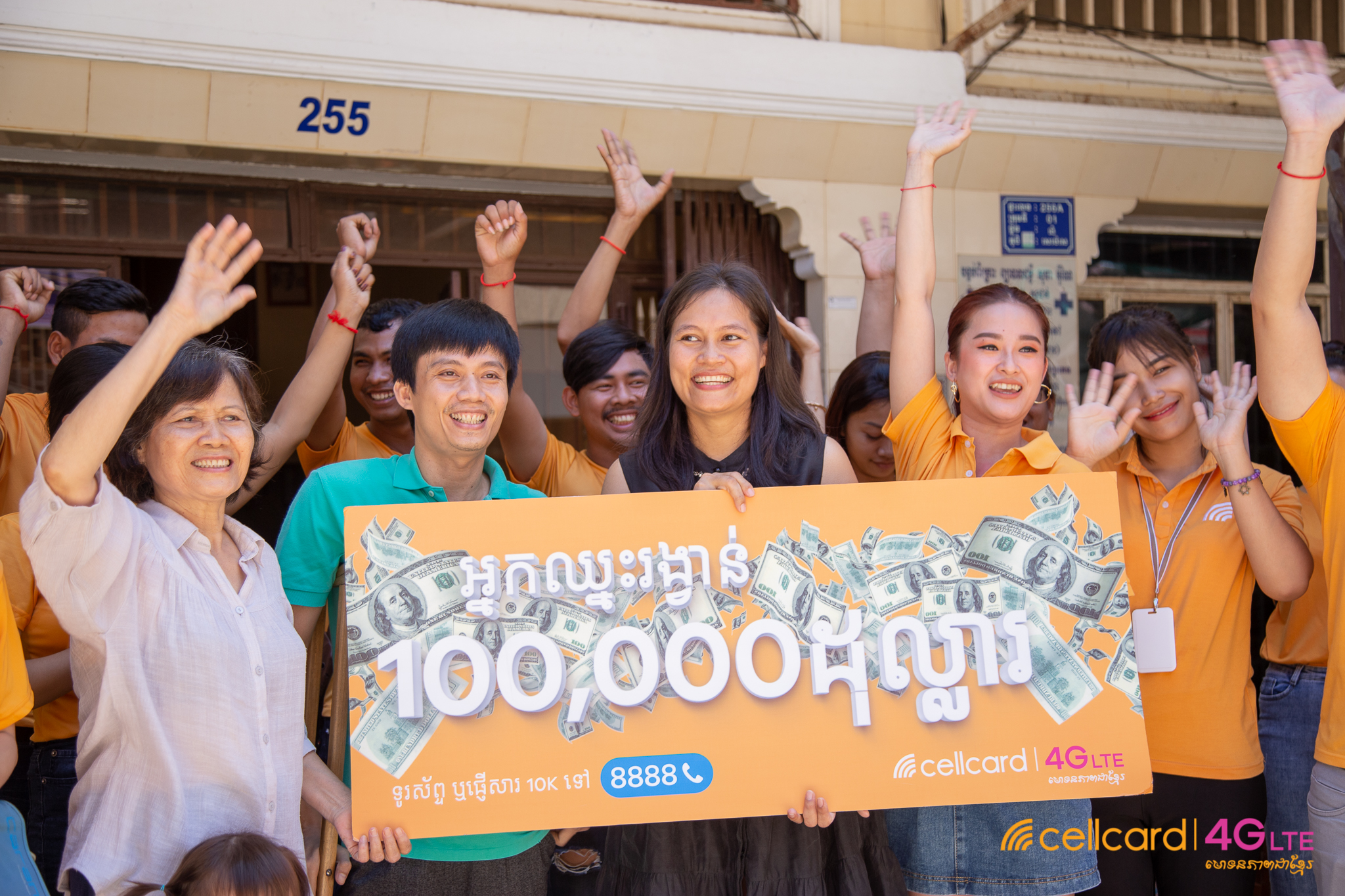 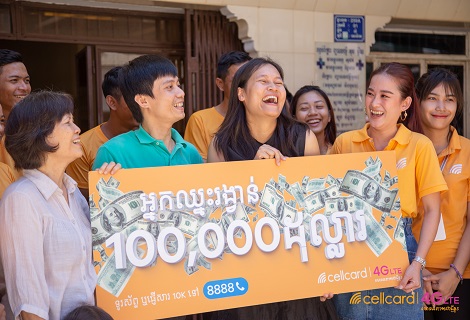 Cellcard’s daily $10K raffle is a special promotion that allows Cellcard customers the chance to take home $10,000 every day. Although $10K is up for grabs daily, if it is not claimed the prize rolls over to the next day, accumulating into a bigger prize pool.

If you would like to enter the daily raffle, simply call 8888 or SMS “10K” to 8888 and receive your 6-digit raffle number. Winners are announced daily at 6pm on the Cellcard YouTube Channel.